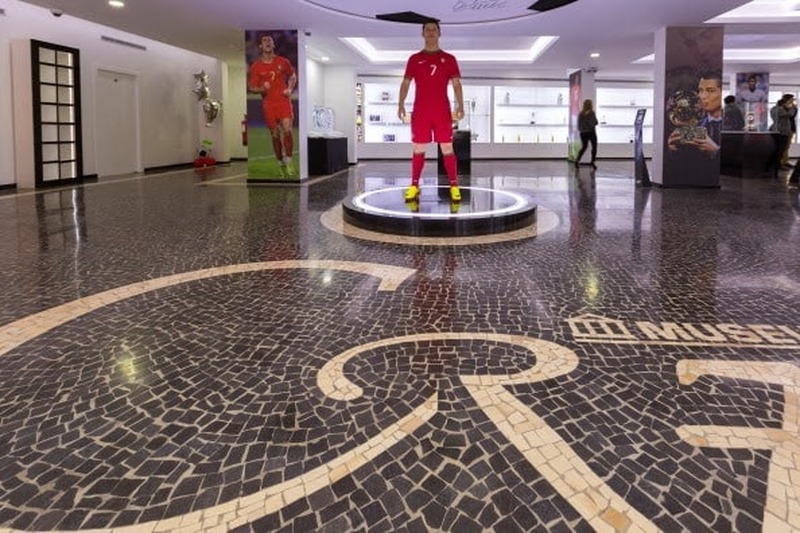 The Madeiran footballer Cristiano Ronaldo CR7 today inaugurated the Museum . Is in the town of his birth in 1985 . Is located in n . # 10 Princess Street Dona Amélia , a few meters from the entrance to the port of Funchal and also within walking distance of hotels as Pestana Casino Park .

It has about 400 m2 dedicated to the history of the current Real Madrid player as a professional soccer . A reality that emerged about five years at the suggestion of his brother Cristiano Ronaldo , Hugo , who fully agreed with the idea .
Today the museum opened with 126 individual and collective achievements , the player has gained throughout his career including the Golden Ball won in 2008 .

Apart from other attractions , the museum also exposes footballs and photos of the player and team mates . Is also reflected his wax statue that ‘s been on display in Paris , London and New York .
Reporters , CR7 emphasized this afternoon that decided to open the museum in Madeira because it was where he was born and grew up and where he has almost all the family . So do not hide that he was happy and felt proud. ” I feel it’s something useful to the world and society , for the younger to the older and think it’s something important to Madeira ,” he said . And it really is a great asset to the Madeira Islands .

More said the player that the museum is also intended to all his fans so they can see a little more closely what it has achieved over the 11-year career professional .
The entries will cost € 5 per person . The student will have free entry . Hugo Aveiro , which will be responsible for coordinating the museum , said it will open its doors free of charge to students , although only class period in order to manage the inflows that are certain will happen.
The Museum can change from “home “

A final note to mention that , despite the museum being a cheerful , modern and very attractive place , it is admitted that might change a little further down the Rua Carvalho Araujo , where once was a store Nini Silva and now owned by the player . It was his own brother , Hugo Aveiro , who confided that it is not excluded that in future the Cristiano Ronaldo Museum CR7 come to move to one more decent space with the value of the museum .

One Thought to “Cristiano Ronaldo Museum opened doors in Funchal”