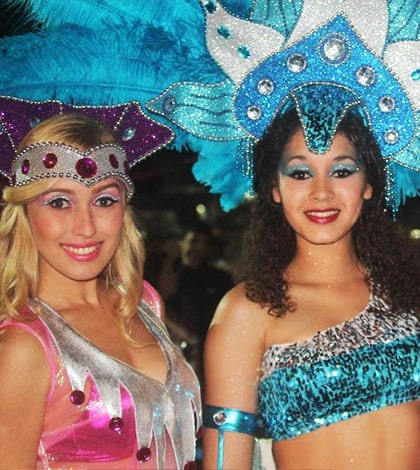 More than 1,300 people marched in ‘Carnaval Brilliant ‘ Madeira
Many islanders and visitors focused on marginal Funchal on the 1st of March to watch spend the theme ” Bright Wood – Carnival ” procession , which paraded around 1,300 extras , spread across ten groups and supported by floats.

This Corsican is the highlight of the carnival program in which the Regional Government of Madeira , through the Department of Culture , Tourism and Transport , has invested this year about 280 thousand euros , contributing to an occupancy of around 74 percent , more 4 % from 2013.

The procession was in the stands to watch the President of the Regional Government , Alberto João Jardim , who also modeled for years , secretary of the Madeira Tourism , Student Conception , among other personalities and other known figures from national spectacle. Filling color, brightness and animation marginal city , the procession opened with the troupe of John Giles , who presented the “eight treasures bright ” , a project designed to show what they considered ” the best there is on the island ” , namely sacred art , the wine , the flowers , the laurel forest, fruit , embroidering, osier and folklore .

After the ‘ Factory of Dreams group ” that developed the theme ” Bright Wood “also betting on some elements typical of the region , cases of folklore , Madeira wine , and the wicker toboggans emerged . Then paraded the Class of Funnel with ” Carnival Costumes and disguises ” and ANIMaD Association ( animal protection ) exploring the theme of ” Eclipse ” and included in a wing of some tourists . troupe the ” Smiles Fantasy ” showed ” Enchanted City ” in which live an idealized population submerged in the Atlantic .

The following were the Neighborhood Association of Argentina, who joined the glitter of precious stones with the rainbow to highlight the theme ” My Island , My Precious Stone ” and ” Leaky Mug ” , a group that designed a ” Night of Stars ” . Too bright appeared to Geringonça Association that drafted a ” Diamond Night ” and Fura Samba who worked the subtheme ” Masquerades Carnival Show.” The closure of the Corsican became the responsibility of the Samba School ‘ Os Cariocas ” , with ” Diamond Carioca ” , a system based on a lake with its name in ancient Greece project , where it was discovered a stone which appears annually to ” infect with glitter and joy ” people .