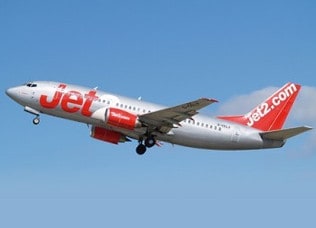 The Jet2 started earlier this summer over a regular operation originating in the British market for the Madeira Airport . This time , the origin airport is Glasgow , Scotland .
This operation , on a weekly basis , will be held on Mondays until the end of summer and IATA represents an increase of about 8,694 seats offered . Tickets are on sale in www.jet2.com .
In the first flight arrived in Madeira about 154 passengers on a Boeing B737 – 800 to 189 seats . Represents an occupancy rate of 82 % , very favorable indicator for the first flight .
To mark this new operation Glasgow, the Madeira Airports have welcomed passengers on the first flight landed offering flowers and Madeira wine .

UK is the second largest emitter to Madeira market

The UK is the second largest emitter to Madeira market accounting in 2013 , 441 328 passengers , about 18.6 % of annual traffic from Madeira Airport .
The flight to Madeira since 2010 with direct routes from Manchester , Leeds and East Midlands ( route that started already during IATA Summer 2014 ) , Jet2 has a fleet of 50 aircraft , serving 54 destinations and 198 routes from eight bases in the UK.

>Glasgow to Madeira
In 2013, Jet2 carried more than 42,000 passengers in total of his direct routes to Manchester and Leeds , ranking 11 . Place in the rank of the largest operators from Madeira Airport .