The Madeira Island is the main island (740.7 km ²) of the archipelago of Madeira, in the Atlantic Ocean southwest of the Portuguese coast, and together with Porto Santo Island (42,48 km²), Desert Island (non-habitable) and Selvagens Island (non-habitable) to Madeira and Madeira Archipelago.
The capital of the island and the autonomous region is the city of Funchal.
The island of Madeira is of volcanic origin, its climate is subtropical with extensive exotic flora economically is largely devoted to tourism. 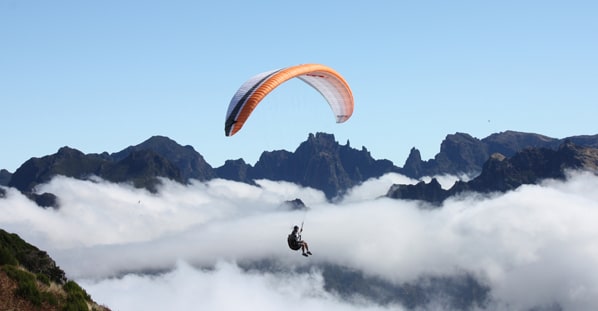 The Portuguese navigators Tristão Vaz Teixeira, Bartolomeu Perestrelo and João Gonçalves Zarco officially discovered the islands of Madeira and Porto Santo in 1419. In reality, these navigators first discovered the island of Porto Santo (1418) following a storm at sea during which the vessel was deviated from its route along the coast of Africa due to bad weather; after many days adrift at sea, they sighted a small island which they called “Porto Seguro” (safe port), i.e. Porto Santo, as it saved Zarco’s crew from a fateful destiny. One year after the discovery of Porto Santo, they arrived at the island of Madeira, in 1419.
The latter navigator is thought to have named it when nicknaming it the island of “Madeira” (wood) due to its abundance of this raw material.
Having noted the potential of the islands as well as their strategic importance, the colonization by order of King John I started around 1425. As of 1440 the regime of captaincy is established, naming captain Tristão Vaz Teixeira captain-donee of the Machico captaincy; six years later, Bartolomeu Perestrelo becomes captain-donee of Porto Santo and in 1450, Zarco is named captain-donee of the Funchal captaincy.
The first settlers were the three captain-donees and their families, a small group of people of the gentry, people of modest conditions and some former inmates of the Kingdom. To earn the minimum conditions for the development of agriculture on the island, they had to chop a piece of dense forest and build a large number of water channels (the “levadas”) to carry the water that abounded on the north coast, to the southern coast of the island. In the early days, the fish was the main subsistence of the villagers, as well as horticultural products.
At the beginning of its settlement, some agricultural crops such as sugar cane were introduced, which quickly gave the city of Funchal significant economic prosperity. Thus, in the second half of the fifteenth century, the city of Funchal became a mandatory port of call for European trade routes. The Portuguese Crown and the island leaders began to devote themselves primarily to the cultivation of sugar cane and the export of “white gold” to all of Europe, using slaves to work in the sugar plantations and bringing mills from the Portuguese trading posts in Africa, which meant that they had set up in Funchal elements from the most important commercial cities of the Mediterranean and northern Europe.
The economic and strategic interest of the island to the Crown was evident by the constant orders of Flemish painting and sculpture with which the churches and chapels of Madeira were ornamented.
The seventeenth and eighteenth centuries were marked by the arising of a new culture that would again boost the economy of Madeira: the wine.
Thus, following the establishing of trade treaties with England, the port of Funchal became, between 1660 and 1704, a mandatory port of call, attracting the interest of English merchants for the island’s wine, who settled their residence on the island and found numerous shops, leaving their mark on the history and culture of Madeira.
Throughout the nineteenth and twentieth centuries Madeira flourished by the birth of the tourism sector, quickly becoming a reference for the European aristocracy that set temporary residence here, attracted by the island’s natural healing qualities.
The general conditions of location and the development of routes for the great cruise ships, together with the benefices of its climate, turned Funchal into a major European tourist destination in the mid-twentieth century. In the second half of the century, the huge development of air transport led to the construction of an airport, and the overall refurbishment of the port of Funchal.

Location and Climate in Madeira Islands

Madeira island is 310 miles from the African coast and 620 miles from the European continent, which is the equivalent of a 1 hour 30 minutes flight from Lisbon. The Madeira Archipelago, discovered by the Portuguese in 1418, is made up of the islands of Madeira, Porto Santo and the uninhabited islands of Selvagens and Desertas. It is situated between latitude 32º22’20″ and 33º7’50″ with its longitude between 16º16’30W and 17º16’38″W. The island of Madeira has a surface area of 459 square miles (741 km2), (35 miles long and 13 miles wide).
These islands, because of their privileged geographical position and mountainous relief, have a surprisingly mild climate.