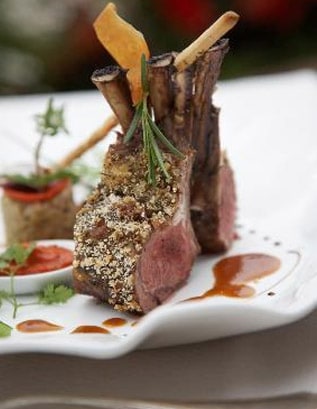 Awarded for the first time in 2009, is the very first and only restaurant to receive this differentiation from Madeira so far.
Il Gallo d’Oro Restaurant ( The Cliff Bay resort in Funchal), watched again the 7th successive year old its Michelin star at the very influential mention restaurants in the Earth, that the Michelin Guide. The award has been first announced in Marbella (Spain) in the gala presentation of this Michelin Guide Portugal and Spain at 2015.

Launch of book ‘Madeira by Chef Benoît Sinthon‘
The publication was launched at the Farmers Market at Funchal, curiously one day after being renewed Michelin celebrity distinction to Il Galo D’Oro, The Cliff Bay Hotel, where’is located’ Benoît Sinthon.
This book Chef Benoît restaurant Il Gallo d’Oro (Cliff Bay H0tel) pays homage to Madeira, its landscapes and its processed products for its cuisine at haute cuisine dishes, which is accompanied by Luis Vilhena texts such as photos Henry Seruca and layout authored by Rubina Santos.