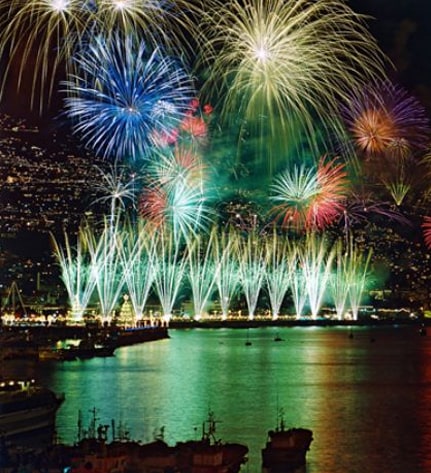 The arrival of the decorative lights in the streets of the city centre of Funchal, during the month of December, marks the beginning of the Christmas and New Year festivities.

These commemorations consist of a rich and extensive programme of cultural, religious, ethnographic and artistic manifestations that takes place throughout the entire month of December and ends with the celebration of Twelfth Night. 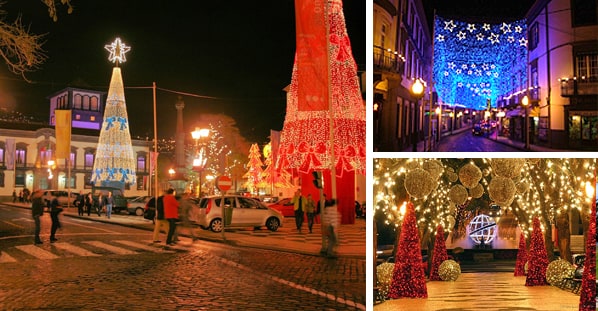 At this time of the year, Funchal transforms itself into a crib of real life proportions, the streets become decorated with multi-coloured flowers and lights of all sizes, forming shapes and figures allusive to the season. In the streets and squares, everyone partakes in the sound of the contagious music of the concerts, the performances of the philharmonic bands and of the folklore groups, in addition to the Christmas exhibitions, authentic living portraits of Madeirean traditions.

In Madeira, the preparations for “A Festa” (the Festivity) are lived with special enthusiasm, which is the nickname that the Madeireans have given to identify Christmas as their party par excellence.

They commence at the beginning of December with the setting up of the “lapinha” (crib) and with the confection of various delicacies and pastries, namely the famous honey cake, corn bread, homemade liqueurs and the preparation of pork in wine and garlic, which is one of the most famous culinary dishes of Madeira.

Another living tradition of this season is the celebration of the 9 Childbirth Masses, which take place at dawn to announce the Birth of the Boy Jesus, accompanied by hymns sung by locals, normally in churchyards, filled with

Christmas decorations and where traditional drink and food typical of the season is offered to those present. On 23rd December the traditional Market Night Party celebration is held, where the Madeireans do their last-minute Christmas shopping and where one can savour the various traditional snacks and drinks of the season.

After the Christmas commemorations the high spirits continue, in anticipation of the New Year Festivities, with the famous fireworks display, officially recognized by the  Guinness World Records, in 2006, as the largest display of fireworks in the world.

This magnificent scenario, of rare beauty, is simply unique, with thousands of multi-coloured lamps decorating the amphitheater of Funchal, transforming it into a grandiose stage. As the clock strikes twelve, on the 31st, the sky is lit up with colour, light and hope in a new year that is just beginning.
Don’t miss it and come to live up this event in Madeira!