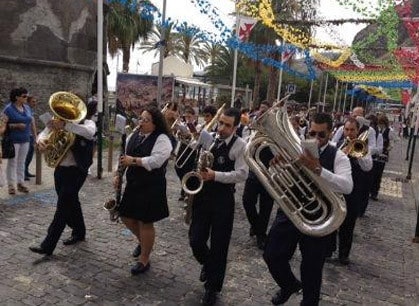 The Madeira’s Regional Meeting of Philharmonic Bands is a festival held every year in the city of Ribeira Brava. Initially created 29 years ago with the purpose of providing greater visibility to philharmonic music and to the work developed by all the associations, which have always dedicated themselves to the promotion and protection of this musical genre.

The Philharmonic Bands are cultural associations from different parishes in the Island – some of them in existence for over a century – which daily work in the areas of education and promotion of Madeiran traditional music. They work for passion, “for the sake of the art” and also perform public concerts, among other activities.

This festival provides the possibility of promoting lesser known repertories of philharmonic music within an enjoyable and informal social interaction between the different musical groups. The event’s organisation results from a partnership between the Regional Department of Cultural Affairs, the Ribeira Brava City Hall and the Madeira’s Association of Philharmonic Bands.