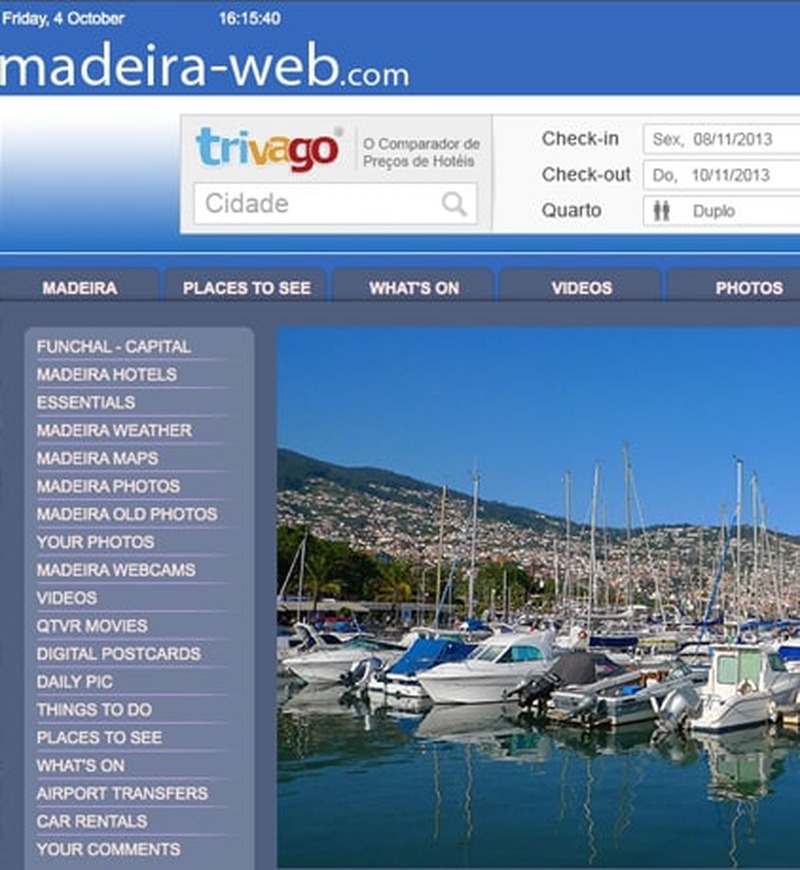 Deceived , no money and no vacation

Lenders travel agency Strawberry World , approved the closure of the company , on which the Director of Tourism of Madeira received 170 complaints . ” Given the company’s current situation , I had no choice ,” he told Lusa the insolvency administrator , Emanuel feeders considering : “The image was discredited , it was possible to retrieve it , but had a higher cost to create a new image about . ” The company , formed in 2001 , had as its main purpose the ” intermediation through Internet portal , service marking tourism and travel ,” the designated ‘ booking ‘ ( reserve) , the report of the administrator.

How did the financial crisis – Dangerous Hotels In Madeira

The agency holiday in Madeira , Strawberry World , went through a financial crisis and not delivered the money to the hotels of reservations made by customers . The Court of Funchal appointed a judicial ADMINISTRATOR for Strawberry World in which the company tried in six months trying revitalzar the same , but without success .

The amount of reservations made and not paid amounted to EUR 4.5 million and the principal creditor agency is the Pestana Group . The hotels associated with this company , warned customers that have to pay again if they want to stay with the reserves .

The tourism authorities of Madeira not sure how many people were affected, but it is estimated to be hundreds of Portuguese and foreign .

In the summer of last year (2012 ) were made ​​public complaints against tourists Strawberry World for breach of its obligations to customers and hotels hired by you . According to the Regional Secretariat of Culture , Tourism and Transport , the Directorate of Tourism of Madeira received 170 complaints against that agency , which 54 French , 33 Portuguese , 25 Spanish and an equal number of complaints of Englishmen , 11 Italians , nine Germans and 13 tourists of other nationalities . The Conservancy said that the ” total amount of financial damage is around 200 000 euros ” , stating that the process of contravention the company is not concluded since the agency was set in a special process of revitalization . ” The application of the fine ( 1,000 to 10,000 euros per violation ) would jeopardize the recovery of the company, and for the purpose of public interest , Strawberry World was preferable to settle their debts ,” maintains the regional secretariat . Face the declaration of insolvency , to June 12 , ” the complaint claims against the company must be made directly damaged by the insolvency administrator ” requirement that was communicated by the Regional Tourism to all claimants , adds the Secretariat of Culture , Transport and Tourism . A provisional list of credits recognized includes 175 names of individuals , companies and organizations , claiming a total of 6.2 million euros . Most lenders are tourists , but the credits are claimed by major hotels in the region . ” I think these [ the tourists ] do not come to them anything and are usually foreigners who have paid their vacation through the ‘net’ and came here and there was no confirmation from the hotel , had to pay again a lot of them ,” admitted the official, who said in court that the company has three properties , being a bank has the respective mortgage. For other assets, ” are scarce ” and boil down to computer equipment ” with a few years now ,” said Emanuel feeders .

The sites are still active

Already the Internet portal has no sale value , given that it is a ” intangible assets ” and that by losing his ” notoriety ” , went on to have a ” very low value ,” said the official who saw approved its proposed liquidation of the assets of the business and distribution of its products in accordance with the priorities of their claims being, however , and to the astonishment agency ONLINE is still active , and still can make reservations by contacting the Strawberry World . Reserves hazardous sites operated by ” Strawberry World ” * :

Please note that there are many other sites on the same network, just go to the sites listed above and see how many likes, it will have to other sites, and those other … endless list of sites deceivers.