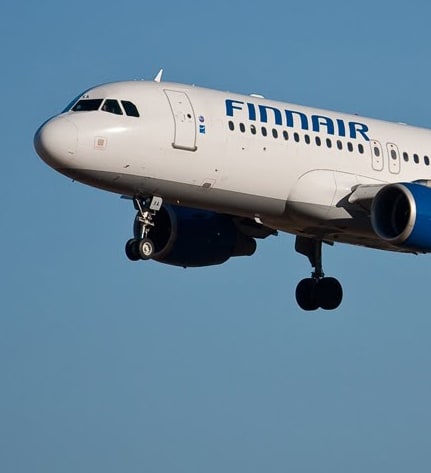 The Finnish flag company , Finnair , new model debuted in Madeira . It was on October 27 that used the first Finnair A321 with Sharklets in Madeira , as well as the first unit of Finnair sporting the latest paint scheme out the latest rebranding of the company.
The Airbus A321 is a type of device that the company debut on flights to the region that begins gradually to replace the older Boeing 757 and has already begun to be removed from service by Finnair .

This connection to Madeira by Finnair , confirms the good prospects that the Nordic market presents The region for this winter .

These devices have the particularity of the new Sharklets already bear the aerodynamic appendages that begin to be added at the tip of the wings in newer Airbus models ( and some of the older kits through ) and provide better performance in terms of aerodynamics and consumption fuel apparatus , especially in long-haul flights , such as the Helsinki- Helsinki – Madeira.