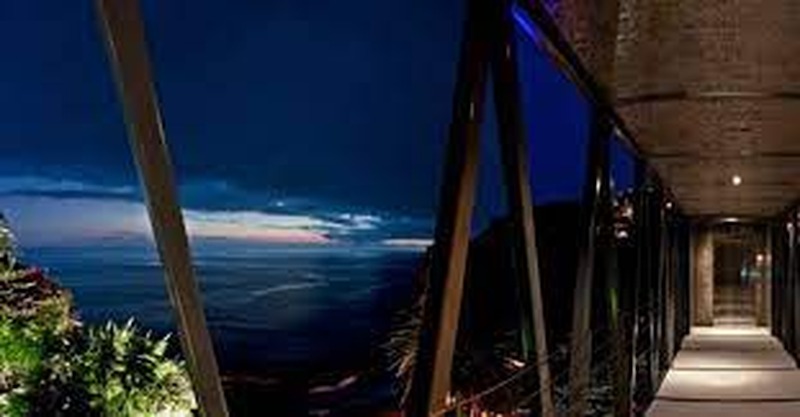 The ” Madeira Dig Festival ” highlights Madeira as a tourist destination attractive to a young and active, an initiative of great cultural and artistic quality reference .

The Inn Fifth Rochinha and Arts Centre House of seedlings will host this event , inspired by a philosophy for the sake of environmental awareness and where relaxation and pure enjoyment in nature combine with the culture and with urban lifestyle .

The 2012 edition saw the participation of some artists of national and international repute , including the group Biosphere (Norway ) , Thomas Ankersmit (Netherlands ) and electroacoustic ensemble ZNGR ( Portugal ).

While the rest of Europe is cold and dreary, experience some of the most formidable avant garde musicians in the world and stay in a gorgeous design hotel located on a clifftop in the middle of the Atlantic Ocean. This intimate festival on the mountainous volcanic island of Madeira features a stunning and unsurpassable line-up, a landscape to match and wonderful spring temperatures.

The MADEIRADiG Festival is a unique adventure in extraordinary music. Each December the Portuguese island – celebrated as a ‘paradise island’ and ‘floating garden’ – is transformed into a hotbed of digital art and culture. This is an avant garde journey through the world of serious music.
MADEIRADiG 2013 proudly presents Pharmakon (US), Tarik Barri (NL), William Basinski (US), Emptyset (UK), Grouper (US), Most People Have Been Trained to Be Bored (PT), Pierce Warnecke (US), Marcus Fjellström (SE), Clara Hill (D) and more tba.

Taking place just two days later, we are happy to announce the second edition of our Madeira Micro international Film Festival which runs from December 12th – 14th, 2013. Fantastic, fictional, and surreal films will be shown in a 100-year-old Art Deco cinema which is crowned by a roof terrace with an impressive view of the Atlantic Ocean.

arcus Fjellström (SE)
Marcus Fjellström is a Swedish-born, Berlin-based composer and multimedia artist. His work ranges from the purely orchestral through electronic music and audiovisual work. Amongst others he has worked with the Swedish Royal Ballet and the Scottish Chamber Orchestra, and his music has been released on labels such as Miasmah, Lampse and Aagoo. He will present “Lichtspiel Mutation 2: Alechsis”, which is an audiovisual composition/ music drama for live electronics and video projection.

It is based on the 1948 film “The Amazing Mr. X” by Bernard Vorhaus. Rather than a conventional retelling of the story, the elements are transformed, misunderstood and mutated into an ambiguous, mythological adventure of almost epic proportions, told through diagrams and narrative devices inspired by late 1970′s text-based computer games.

Pharmakon (US)
Born in NYC, 22 year old Margaret Chardiet has been making power electronics/ death industrial music under the name Pharmakon for five years. As a founding member of the Red Light District collective in Far Rockaway, NY she has been a figurehead in the underground experimental scene since the age of 17. She points out that being there amongst so many other experimental artists (amongst them Yellow Tears & Haflings) inspired her to keep making increasingly challenging work.

She describes her drive to make noise music as something akin to an exorcism where she is able to express, her “deep-seated need/ drive/ urge/ possession to reach other people and make them FEEL something [specifically] in uncomfortable/ confrontational ways.” Her performance at MADEIRADiG will be the final show of her first European tour.

William Basinski (born 1958 in Texas) is a classically trained musician and composer who has been working in experimental media for over 30 years in NYC and most recently, California. Employing obsolete technology and analogue tape loops, his haunting and melancholy soundscapes explore the temporal nature of life and resound with the reverberations of memory and the mystery of time.

Basinski is best known for his four-volume album The Disintegration Loops (2002–2003), constructed from rapidly decaying twenty-year-old tapes of his earlier music. He collaborated with various artists such as artist-filmmaker, James Elaine on installations and films. Basinski will be touring the world in 2013 in support of Nocturnes, his latest album released in May 2013 on 2062/USA.

Currently, he runs the Let’s Go To War label, while taking part in numerous projects within and around the scope of Soopa’s activity.  As Most People Have Been Trained To Be Bored, he explores his interests in the area of contemporary music practice, employing sources such as percussive objects, prepared piano and electronic synthesis in a body of work influenced by Iannis Xenakis and Giacinto Scelsi, but also by the political commentary of Crass and Dead Kennedys.

Tarik Barri feat. Lea Fabrikant (NL/LV)
Tarik Barri is a traveller in audiovisual space. He created a synaesthetic universe where you listen to the light and watch the sound. In his live performances, he takes the audience on a mind-bending journey through ever-evolving constellations of beating, singing and dancing stars, shapes and patterns – making music literally ‘on the fly’ while freely navigating and exploring his own three-dimensional creations.

His journey at MADEIRADiG will feature live vocals and visuals from performer Lea Fabrikant. In addition to his solo work, Tarik also works as a purely visual artist, collaborating with musicians such as Atoms For Peace, Nicolas Jaar or Monolake for their live shows. His audiovisual debut album will be released in 2014.

Emptyset (UK)
The Bristol-based production duo of James Ginzburg and Paul Purgas is exploring technomusic’s broad influences and compiling them to a photo studio template focused on tight production and detailed sound design. As Emptyset, the pair work to demystify the process of electronic production by reducing it to its absolute bare bones, and the results are often revelatory.

Inspired by the city’s culture of bass lead production as well as the global renaissance of electronic music, the sound has been described as ‘techno meets dubstep folded back onto techno again’, a description which is perhaps the most insightful to date.

Pierce Warnecke is an American audiovisual artist, musician, installation conceptor and a sound designer for a well known music software company living in Berlin. With “A Scanner Darkly” he will present his masterclass project, an auditory study of objects scanned by a machine. In essence, the Machine creates short audiovisual pieces by scanning objects placed on top of it, creating visual ‘imprints’ of the objects.

These found objects are placed on a table near the Machine, allowing spectators to choose them. The imprints act on the Machine’s inner ‘intelligence’ system, which generates control signals for audio and video parameters. All of the audiovisual data and movements are derived from the initial scan. It is a sonification and visualization of the found object.

Born in East-Berlin, she did her first musical experiments on an East German Triola, a plastic guitar and a small plastic piano, while always playing by ear as she never learned to read music.

Now she returns to her childhood inspirations – sound and nature – to combine them with the musical knowledge she has since accumulated. She also draws upon fresh musical inspirations gathered over the past few years, including Broadcast, Meredith Monk, Linda Perhacs, Cortney Tidwell, Tim Hecker, and Ben Frost. After a four year break from recording, the new album sounds like a disorientating blend of Folk/ Psychedelic Folk, experimental electronica and rock/ indie, at times both familiar and otherworldly, earthy and ethereal. She will perform a very exclusive record release concert.

She layers ethereal vocals that feel less like floating in the clouds and more like sinking into the dark earth; her music is a downcast mix of strummed acoustic guitar and defiantly analog sounding drone and noise-makers. With this small clutch of elements, she’s made more than a half-dozen full-lengths and a number of singles and EPs, all of which sound like they could come from no one else.

There are so many people making music that could fall under the broad heading of “dream pop,” but nobody sounds like Grouper.

Patric Catani a.k.a. Candie Hank (DE)
At MADEIRADiG’s aftershow we are happy to announce Candie Hank: The mischievous alter ego of Berlin’s notorious Patric Catani has been messing up the musical landscape from Tokyo to Sao Paolo for some time now.

Next to releases with A*Class and Puppetmastaz as well as various theatre and film soundtracks, he released the albums Kimouchi on Gagarin Records, Brandy Cramps on Wwilko, the CD Messer Chups on Russian Solzne Records and the Groucho Running Album on Sonig.

Hanks anarchistic approach: Taking and modifying statements in a plunderphonic way but giving it the spice and soul of Moog synths, 8Bit Roughness and the surreal twist of a Daniil Charms worshipping sample eating Bassmonster. Of course always in honour of Morricone, Rock Hunter, Hazil Adkins and the Euromasters.

King of Hearts (DE/UK)
At Madeira Micro international Film Festival’s aftershow we are very proud to present King of Hearts: Electronica, krautrock pioneer Hans-Joachim Roedelius and Christopher James Chaplin will perform together on our rooftop stage.

Berlin-born Roedelius is a German experimental, ambient and electronic musician. He is best known as a co-founder of the krautrock groups Cluster and Harmonia and for his work in the ambient jazz trio Aquarello. Chaplin, born in Switzer-land, studied the piano before moving to London to become an actor. In 2005 the youngest son of Charlie Chaplin returned to music and composition.

After being asked by Roedelius to record and remix some of his material for a BBC broadcasting they subsequently continued their collaboration and thus King of Hearts was born.