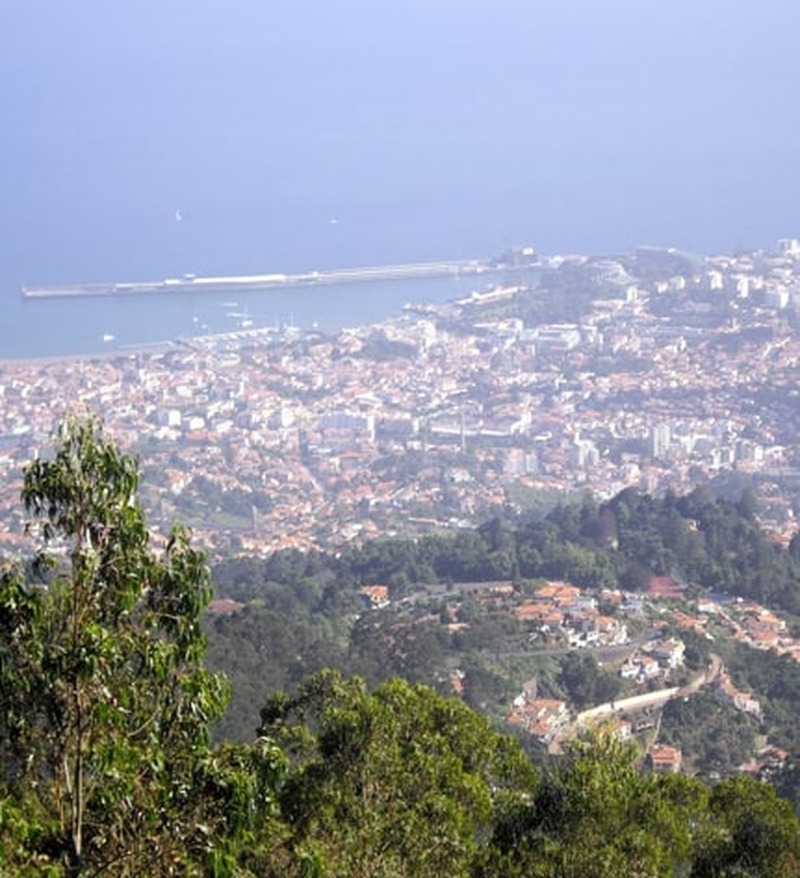 Since the nineteenth century until the Second World War, Monte has always been a prime location thanks to its favourable climate. It has several “quintas”, surrounded by tropical gardens, which formerly operated as hotels. A train circulated from Funchal to Monte (Terreiro da Luta being the last stop) between 1893 and 1930. In Largo da Fonte you can still see the proof left by this once popular method of transportation.

The suburb of Monte is situated about five hundred meters above Funchal. One of the many option in reaching Monte is to go up by cable car. Upon arrival at Monte, nearby is the famous Monte Palace Tropical Garden with beautiful flowers and a touch of oriental culture. Another attraction is undoubtedly the Monte Toboggan run, where you can get whisked away to the city in a large wicker car on two skis, accompanied by two “carreiros” (typical men in white uniforms and straw hats).

The Church of Nossa Senhora do Monte

To reach the Church of Nossa Senhora do Monte, one must climb an impressionable 68 steps that are known for being inclined. But it’s worth the effort. The Church of Nossa Senhora do Monte was built in 1741, but soon after was destroyed by a violent earthquake. From this catastrophe, locals only managed to save a Pieta in silver, which today is kept as a relic. The fully reconstructed church was inaugurated on December 20th 1818.Next to the chapel is a grave containing the remains of Emperor Charles I of Austria, who took refuge on the island after World War 1. He arrived in Funchal on February 19, 1921 and died a year later due to pneumonia.

Every year on August 15 the Assumption of Mary is celebrated, where a procession is held through the streets in honor of Our Lady of Monte.

The Monte Toboggan Run
Take an exciting ride down to Funchal´s city centre on one of the Monte´s “toboggans”!

The Monte Toboggans first originated in the early 19th century as Funchal´s first means of “downhill” public transportation. Presently and for a number of years now, the “Carro de Cesto” is used to transport tourists. Made primarily out of wicker ad two wooden runners, these toboggans are driven by two men (carreiros) dressed in white, with straw hats and black rubber boots that are used as brakes. All this is possible by using ropes and greased up rags to grease the wooden runners.

The ride starts off below the steps of the Nossa Senhora do Monte Church. This is quite a fast 2km long ride down steep and winding roads that will lead you to your finishing point, Livramento, a suburb of Funchal. Visitors consider this ride a thrill and a “must-do” during your visit to Madeira Island.

Located in Monte, a suburb of Funchal, this scenic garden is home to a rich variety of exotic plants and trees.
The Monte Tropical Garden is not the typical garden you would find in Madeira Island, yet, a visit to this garden is surely an unforgettable one.
Madeira entrepreneur José Berardo donated Monte Palace in 1988 to the Berardo Foundation and from there began his creative work phase. His dream of a Tropical garden of which he would be able to share with the world became true in 1991, when he opened the doors to his masterpiece to the public.  All the exotic plants both native and from all around the world in Berardo´s garden thrive due to Madeira´s special climate.
Within this tropical garden is the Monte Palace Museum. The Museum has three galleries and currently houses the following exhibitions:

“African Passion” displays part of a collection of more than 1000 sculptures of Zimbabwean sculpture between the periods of 1966 to 1969. This exhibition is distributed throughout 2 floors of the museum.
“Mother Nature´s Secrets” is a unique collection of minerals that are predominant from Brazil, Peru, Argentina, Portugal, North America, Zambia and South Africa.

The Monte Cable Car stations are located in old town Funchal at the Campo Almirante Reis and in Monte. It´s gondola holds 39 cabins with a maximum capacity of 7 passengers. On the ride up to Monte, enjoy the amazing view of Funchal bay and surrounding landscape. Upon exiting the Monte station a souvenir photo will be available for you. At the station there is a snack bar and handicraft shop.
Instead of riding the cable car down to Funchal, why not use another one of Monte´s attractions as an alternative? Take a thrill ride down to Funchal on a “Carro do Monte”, which is a traditional toboggan ride on a wicker sled with wooden runners driven by two carreiros (men dressed in white with straw hats). The ride however ends in the suburb of Livramento, but it is definitely worth the experience. Taxi cabs and buses are available in Livramento.