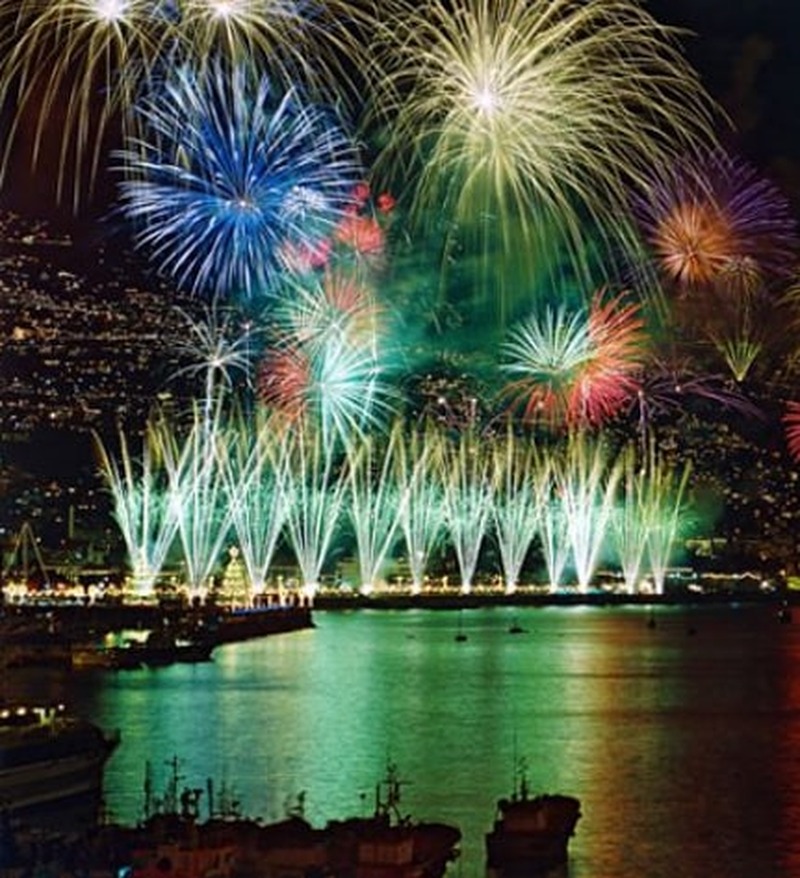 On the last night of the year, being the Virgin Mary tilting in the skies over the ocean, St. Sylvester came to talk to her. The Virgin Mary confided in him the reason for her sadness: she recalled the lovely Atlantis, sunken by God as a punishment on its inhabitants. While she was speaking, Our Lady wept tears of sadness and compassion.

St. Sylvester noticed that they were not tears but real pearls.

One of these tears fell on the spot where the extraordinary Atlantis once existed now gave place to the formation of Madeira Island which from then on was known as the Pearl of the Atlantic. For a long time old folks used to say that, on the night of St. Sylvester, at the strike of twelve, took place a fantastic vision of light and colours that lighted up the skies spreading a fascinating perfume in the air.

With the passing of the years this vision disappeared, but locals kept this tradition alive in the famous New Year’s Eve festivities using a fireworks display to celebrate the Night of St. Sylvester.

With the amphitheatre of Funchal fully lit up, the stage is set for an unforgettable show.
A dazzling night, that incites and takes everyone’s breath away. Next year there’ll be more…!
Celebrate the New Year with joyfulness and enthusiasm without overlooking champagne and the traditional twelve raisins. The merriment continues throughout the night until dawn, in the hotels, discos, bars and at private parties.

This is, without doubt, an unforgettable dawn that welcomes the arrival of the New Year in the best possible way.

This year theme is inspired on cruise liners, in a tribute to commemorations of the centenary of the Port of Funchal, for creating the first agency for the management of Madeira’s port infrastructure.
This magnificent fireworks display, which is one of the most important tourist attractions in Madeira, was internationally recognised in 2006 by the Guinness Book of Records as the “Largest fireworks display in the world”.

Read more: Poncha is the traditional drink of Madeira

6 de October de 202210 de November de 2022 Selmo MadSão Vicente
We use cookies to ensure that we give you the best experience on our website. If you continue to use this site we will assume that you are happy with it.Accept CookiesRead more