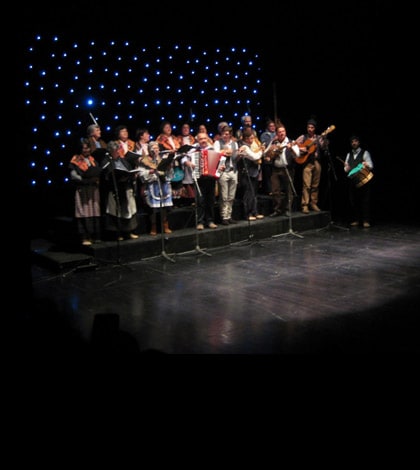 The Christmas and New Year Celebrations end in January. It’s time to clear out the cupboards and regain our strength for Carnival, which is not far away. Events Madeira

“Cantar os Reis” – Twelfth Night Songs | Municipal Garden of Funchal
January, 5th | 8:00 pm
The “Encontros da Eira” Cultural Association, a musical group dedicated to the Madeira traditional music, will organize and produce the traditional twelfth night songs in the auditorium of the Municipal Garden of Funchal.This event marks the end of the New Year’s festivities and seeks to recreate traditional popular songs that former inhabitants used to sing on this day, door to door, in several local parishes around the island.

Santo Amaro Feast | Santa Cruz
January, 15th
This religious festivity marks the occasion when families gather to dismantle their Nativity scenes “lapinhas” and “sweep the larder clean” – a tradition that consists in visiting family and friends to share the last holiday’s delights.“Santo Amaro” is celebrated throughout the entire island of Madeira, but it’s in the municipality of Santa Cruz where this festivity is celebrated in honour of its patron saint, in a particularly festive and ceremonial way, setting the end of the Christmas holidays.

Panelo Feast | Chão da Ribeira do Seixal
January 26th
This is a famous and old Madeira tradition enjoyed with a special feeling by the local residents of Seixal, a small village located near Porto Moniz.This social gathering takes place at Chão da Ribeira, on the last Sunday morning of the month of January, where  families come together to prepare the “Panelo”, a culinary dish made of vegetables and blood sausage, very similar to “Cozido á Portuguesa” (Portuguese stew).This commemoration also features stalls, selling local food and drinks, along with lots of entertainment.