The Regional Secretariat of Environment and Natural Resources , through the Office of Wine , Embroidery and Handicrafts of Wood ( IVBAM ) and in partnership with five companies of the sector , will perform a set of tests aimed at Madeira Wine industry professionals vinous , of important European markets for exports of Madeira Wine . 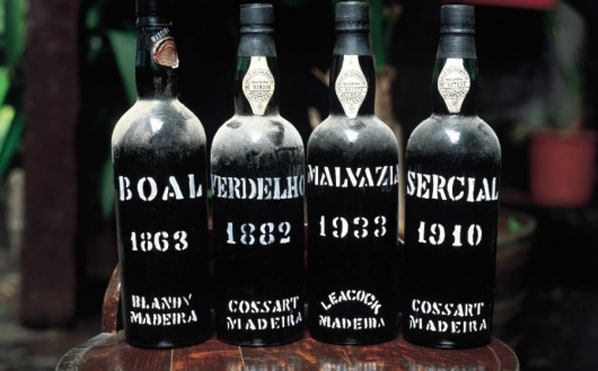 Between 21 and 28 October , the Regional Secretariat of Environment and Natural Resources , through the Office of Wine , Embroidery and Handicrafts of Wood ( IVBAM ) and in partnership with five companies of the sector , will perform a set of evidence of Madeira wine targeted at industry professionals vinous , of important European markets for exports of Madeira Wine . Paris, London, Copenhagen and The Hague were the cities chosen for conducting tests Madeira wine professionals and Venice was awarded on a more formative .

In the first 4 cities the program will look like , starting with seminars / masterclass on Madeira wine which will include presentations of the demarcated region of Madeira and tastings , which will follow the tests open , which will take place over several hours and where guests can sample a variety of wines wood all companies present in each test .
These tests will be specifically directed to an audience composed of professionals and prescribers , such as professionals in the hotel and catering , importers , distributors , retailers and press.

Note that all these tests , will count with the presence of renowned wine critic Portuguese , Rui Falcão , as speaker of the seminar . And be held in local charm , and the London and The Hague will be held in the Embassy of Portugal .
Is also worth noting that the proof open London will be enriched with the presence of Madeiran Chef , Octavio Freitas , who will prepare some delicacies , specially designed to harmonize with the various types of Madeira wine in evidence. It should be noted that the participation of Chef Octavio Freitas , this proof follows the Contest ” entries with Madeira Wine ” by IVBAM launched last year , and in which the entry was the winner of the Chef .

In Venice the most formative component will be taking this action arose following an invitation of the Association of Italian Sommeliers ( ASI ) to conduct a presentation demarcated region of Madeira . The speaker of this presentation , which will include commented tasting of 8 types of Madeira wine , will be the Head of the Chamber of Tasters IVBAM – Rubina Vieira . In this presentation addressed various topics of Viticultural Region , with emphasis on the particularities and specificities of Madeira wine for this target audience , comprising sommeliers , who will surely be future prescribers of Madeira wine in their professional lives .

A delegation regional will be present at all events , consisting of representatives of the IVBAM and five companies that participate in these actions , namely: ‘Madeira Wine Company , SA “,” Henriques & Henriques , Wines , SA “,” Justino ‘s Madeira Wines SA ‘and’ Barbeito Wines Ltd ‘and Pereira de Oliveira .
The bet these promotional European markets , relates to the importance of these markets in terms of exports of Madeira wine , which together account for about about 37 % of total turnover of Madeira Wine .

In the case of markets in the UK , France and Copenhagen , are a continuation of previous promotional activities , which has been made ​​in these markets , in the specific case of the Dutch market , this will be the first time the IVBAM , together with business exporting Madeira Wine , organize a proof of Madeira wine in this country . It is intended to honor and thus promote the Madeira Wine in the Dutch market , given the high power consumption and development potential of this market , focusing on attracting new consumers and thereby fostering new business opportunities .
All of these actions fall under the Project ” Promotional Plan Madeira Wine ” , co-funded by 85 % EU funds , the program served Intervene + , the remaining amount borne by the regional budget.