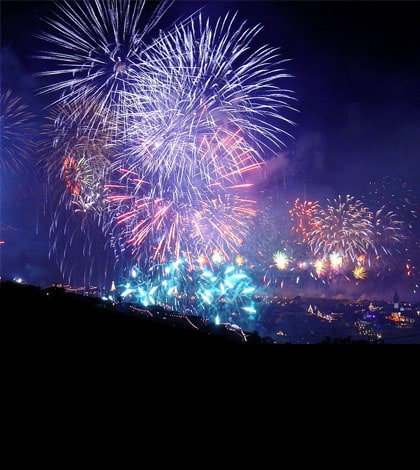 EVENTS Madeira Island News TRAVEL
Among the top 10 European destinations for the 2014 New Year’s Eve 2015, the EBD elected Madeira, or rather the fireworks of Funchal, as the best of all.
Neither London nor Paris, let alone Berlin. It is in Madeira that is best way for the European year, according to Election European Best Destinations (EBD), organization based in Brussels and bringing together the main European Tour entities. 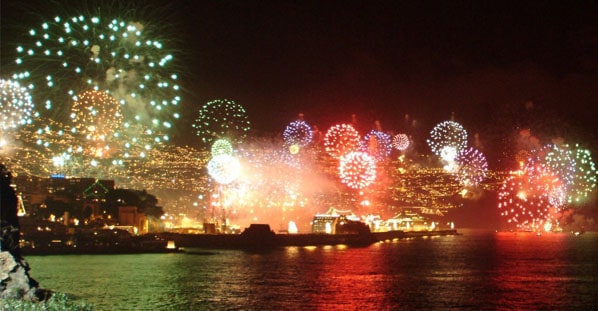 Best New Year’s Eve
The selection highlights the top 10 destinations for the passage of the New Year, tips, hotels and attractions the same. Funchal is for EBD an ideal place even better, say if on the deck of a cruise ship or from the port of the city, “the fireworks is so great that it can not lose,” note.
The reasons for placing the fireworks that in 2006, was considered the world’s largest and held the record for a few years, is not forgotten by the portal, because remember that the famous poster was “officially recognized by Guinness World Records.”
Best New Year’s Eve
“The stunning scenery of rare beauty, is simply unique, with thousands of multi-colored lights decorating the amphitheater of Funchal, making it a grand stage,” continue. “As soon as the clock strikes 12 chimes on the 31st, the sky lights up with color, light and hope for a new anoque is starting. Do not miss this event and come conecer in Madeira,” encourage.
Madeira Island was ahead, respectively, Berlin, London, Paris. Reykjavik, Bratislava, Vienna, Prague, Rome and Dubrovnik.