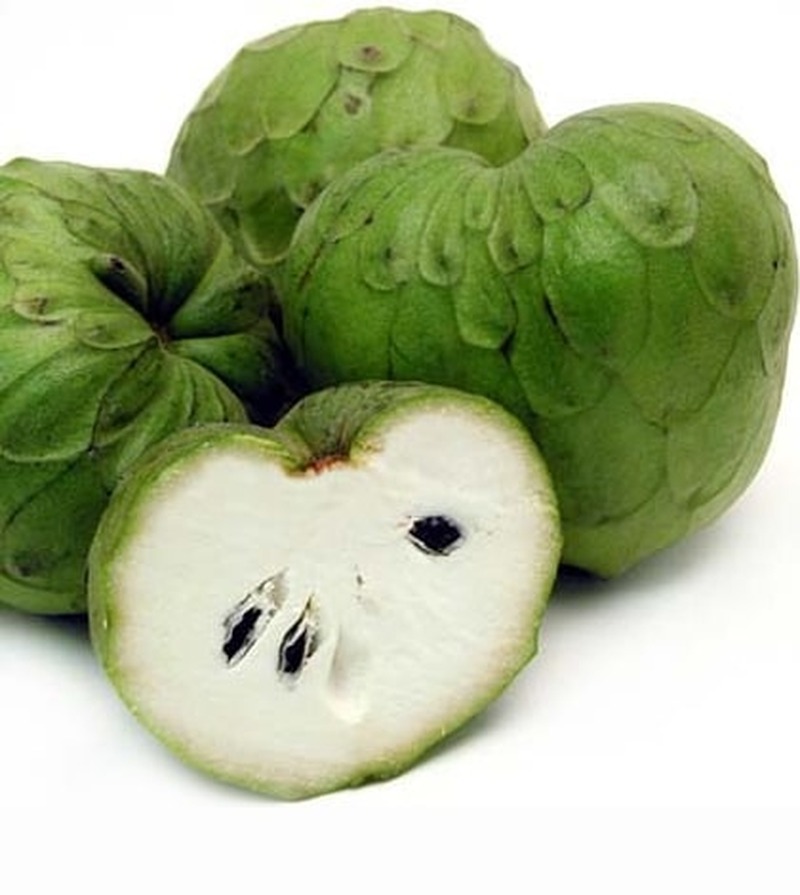 The Anona is a tropical fruit originating in Peru and Ecuador, which Madeira is grown to a height of 500 meters, the fruiting period from November to January.

In Madeira there are two varieties , easily distinguishable by shell; Anona the Lisa , the more appreciated because the shell is thinner , with few seeds , fruit pulp and sweet , common in dry , scaly and Anona , which as its name implies has a thick rind , with many scales , creamy flesh full of seeds , not as sweet as smooth , but the same delicious , is common in land irrigation , or less dry .

In recent years there has been an effort by the governing bodies for the culture of Anona is imposed on the regional market and even for export , the first step was the recognition by the Brussels Anona Madeira with the assignment of the certificate of traditional product in order to protect it from imitations .

Other measures passed by the allocation of subsidies to farmers to bet that the culture of Anona and the creation of an annual exhibition for publicity and promotion, which takes place in February in Faial .

Aspect with clear and green, easily invites proof and those who do rarely forgets so appealing flavor. The soursop besides serving as dessert to the natural, can still be appreciated in cakes , puddings and liqueurs .

The soursop also called soursop has an unknown potential of a large part of the population . Well, what most people do not know is that there are studies confirmed by scientists that give this miraculous anona fruit , anti carcinogenic unusual . From now enter this miraculous product to a friend who needs reminding him to drink juice or eat assiduously this product is helping to prevent disease . When mature tastes nice and who proves , certainly want to repeat .

It is in Faial(Santana) where there most producers Anona

Faial is a small picturesque village on the northeast coast of the island received the name of a local tree that is beech ( Myrica faya ) . The settlers arrived here only in 1519 and were largely Moorish and Galician . During the first phase of colonization in which the culture of sugarcane reached its peak production , water mills were built in Ribeira do Faial and Ribeira Seca for grinding sugar cane . You can still see the ruins of these buildings under the bridge .

Faial is also known by the bridges , the highest being 130 meters and known as the Bridge of the Seven Mouths, but unfortunately the bridge collapsed in a severe storm in 1984 .

The main industry is agriculture Faial , being a good example to soursop , to promote an exhibition which was created in 1990 that later developed and became the now famous Anona Festival which takes place every year in February .

The Anona Festival held annually in the month of February , in the parish of Faial .
The soursop back to be queen in the parish of Faial . The traditional Festa da Anona takes hundreds of people to the north coast of the island .
This festival was born in 1990 by a group of producers anona this parish with the aim of promoting this fruit .

This party besides having exposure anona still exposes its derivatives such as liqueurs , puddings , ice cream and drinks .

Beyond all these offers , this party always has lots of entertainment where ever invite a famous singer to animate over the party .