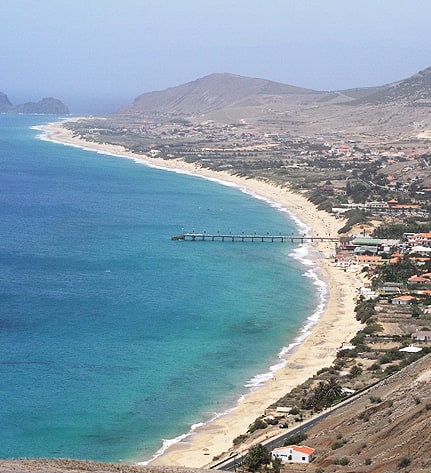 The director of Lazermar Hotels in Porto Santo, is optimistic about the summer approaching, regarding tourism in the island . Hyginus Santos admits that Easter was not the best but believes that the operations provided for the strongest months will be positive.

For now , emphasizes that the Italians are back , with direct flights from Milan , Italy, and returned to fly TAP Lisbon on Fridays and Sundays .

And , to May 5 , the flights back to England, London and Manchester . Here are direct links to France , in particular, of Paris , and there will be the strengthening of travel from Lisbon and Porto connections .

In addition to these operations , Hyginus Santos highlights the news that will be two weekly flights in the summer of Germany and the other two in Spain , including Madrid and Santiago de Compostela .

For now , by this time , the units which had been closed during the winter are in the process of reopening .

The two units of five star island , the Pestana Porto Santo and Pestana Colombos , reopened May 1 . The director of both units, João Martins , admits that the occupation this year will be even better than last year . This is because states that join the 2013 transactions will appear as in Germany and Spain .

Not far from these units is the Vila Baleira which reopened on 11 April. Bruno Martins is the new director of four star and admits that the prospects are good for the summer .
Another unit that also be open back of the hotel Golden Beach, Sousa Group . Reopened in mid- April.