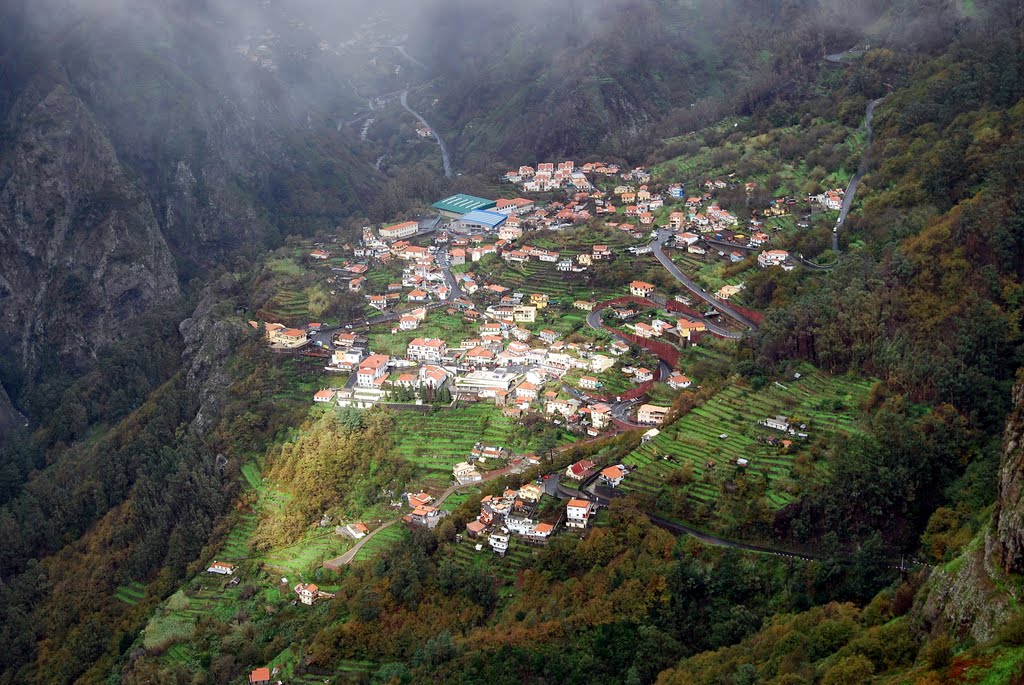 Situated in a deep valley , surrounded by hills , the village of Nun’s Valley is located around 29 kilometers from the headquarters of the Board of Câmara de Lobos , Madeira Island . Their patron saint is Our Lady of Deliverance , celebrated every year on the last Sunday of August . 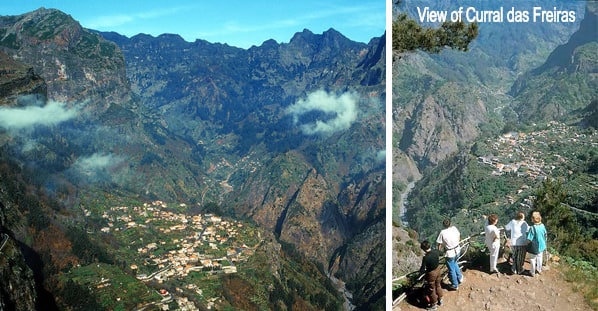 Since it was originally a settlement of difficult access , frequented mainly by semi -nomadic herders , it soon created favorable conditions for the refuge not only slaves that there could your letter of manumission , as still fugitives . With this we formed a small core population that in the late fifteenth century , was already legally constituted and had permanent inhabitants , although he had little development .

The town of Corral initially belonged to João Gonçalves Zarco , who donated it for cultivation in 1462 , John Ferreira and his wife , White Day , they made a donation to his granddaughter White Teixeira , the August 22, 1474 . The September 11, 1480 , this property was sold to the second donee , João Gonçalves da Câmara who donated to the Convent of Santa Clara , as a dowry for his daughters , D. Elvira and D. Joan that there professed .

At the beginning of colonization , this settlement was known simply as ” Corral ” or ” corral da Serra ” , because it is characterized as a place of extensive pastures; changing the toponym gave up when the possession of these lands by the nuns of the Convent of Santa Clara , about 1492/97 , however , others believe that this change will have occurred only in 1566 , when the nuns took refuge here in their properties , following the withdrawal of Funchal by French privateers .

Nuns Valley was an integral part of the parish of St. Anthony , however, given the extreme isolation of its population , which was a long distance from the center of the Parish of Santo António , Parish of Nuns Valley was established in 1780. However, only a decade later ( March 17, 1790 ) is that , by Royal Charter of Queen Mary I , the Nuns Valley acquires the status of an independent parish , separating themselves definitively de Santo António.

Previously , the steep slopes of Nun’s Valley patients were transported in typical litters .

Corral came to exist in a chapel dedicated to St. Anthony , which not left any traces , built in 1644 , in the late eighteenth century was in ruins , and there is a need to build a new temple , the Convent of Santa Clara , owner of these lands , would give the Diocese the space required for this purpose . Although there are no certainties , it is assumed that when the parish institution , had already begun the work of what was to become the Parish Church .

Despite being the parish church the only monument that is the cultural and built heritage of Nuns Valley , also deserve mention here those carried exist , among which stand out the Piornais taken , brought to the corral and castelejo and brought the Old which was designed to capture water in Nun’s Valley , conducted by the Strait , Quinta Grande and Bell , however , this was never taken complete. Its curious name ” Levada Velha ” , due to the popular imagination , because according to tradition, has been a rich old woman the author of this venture.

The population of Nuns Valley is dedicated almost exclusively to agriculture , with particular emphasis on the horticultural sector , with its main productions chestnut and swagger , this activity was derived production of liqueurs prepared based on these fruits .

The local cuisine is characterized by chestnut soup and dishes with bragalhó and root pimpineleira as main ingredients .